German shepherd dogs are becoming quite common in various dog sports, including rally obedience, flyball, and agility. If you want to train a German shepherd for sport, your best bet is to start with a puppy so you can begin their training early and really imprint on them. But not all of these puppies are good candidates to be sporting dogs. When picking out your pup, you'll want to be sure to check for the following.

Have the parents been tested for hip dysplasia?

Hip dysplasia is a condition in which one or both hip joints do not form properly. The hip does not properly rest in the socket. This condition appears in many breeds, but it is very common in German shepherd dogs. It's not ideal even in a dog who will be kept as a pet, but it will entirely keep the dog from ever being able to train for and compete in sport. So, before you buy a puppy for sport, you want to ensure both parents have been genetically tested and found not to carry genes related to hip dysplasia.

What have the parents been trained to do?

German shepherds are a pretty trainable breed. Still, some are more trainable than others. If you want a puppy for sport, then you are best off buying one with parents who have completed some sort of training. They do not need to be sport dogs themselves, but if they have been trained in police work, search and rescue, or even guard dog work, then you can be more confident in their trainability, which should hopefully be passed down to the pups. And if the parents themselves are sporting dogs, that's even better news.

Is the puppy social and assertive?

If you were keeping the puppy primarily as a pet, you may want one that is comfortable alone and is on the quieter side. But these dogs rarely have the assertive attitudes needed to excel as sporting dogs. When your goal is sport, you want the super-social puppy. You want the one who comes up to you first, tries to get in your lap before the rest of the litter, and makes sure its presence is known.

If you keep the factors above in mind when selecting a puppy, you should have no trouble finding one who performs well as a sporting dog. Just remember — he or she has a lot of growing up to do before reaching that stage.

For more information on German shepherd puppies for sale, contact a company such as Sandy Boy Shepherds. 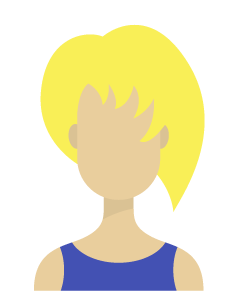 Hello everyone. My name is Vern Mitchell. Welcome to my website about pet care. When I was a young kid, I helped the neighborhood families take care of their pets during the vacation season. As my neighbors went on their trips, I would go by their houses to feed and play with their pets. Throughout this journey, I learned about the care techniques required for almost every step of pet. On this website, I would like to help others understand how to care for pets of all kinds. Thank you for coming by my website about pet care. Come back soon!